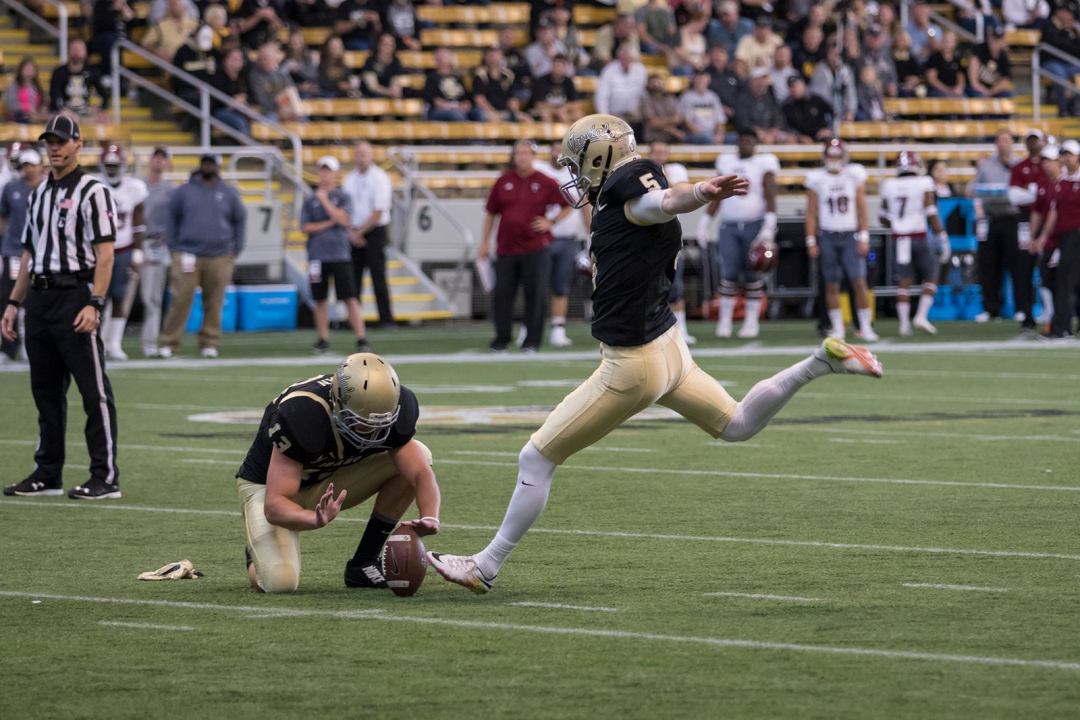 Offering our thanks to Mike Leach, Bronco Mendenhall

Remember when I told you Idaho is going to a bowl game this year? I’m not often wrong about this team. I just know my shit.

Idaho is well on track toward making a bowl game. The Vandals are 3-3, having played Washington, Washington State and Troy. All of those teams will win at least nine football games.

Remaining is six games against the Sun Belt Conference. Very few of those teams will win at least nine football games.

Idaho is going to a bowl game.

At this time, I’d like to take a second to shout out two coaches who made this entirely possible by not offering Austin Rehkow a scholarship.

Rehkow probably would have gone to Washington State had the Cougars offered. There is little doubt he’d be in Provo if Mendenhall wanted him.

As much as I show love to Matt Linehan, it’s Austin Rehkow who is also carrying Idaho into the bowl picture.

Idaho is 3-0 in one possession games. Idaho is 3-0 in games decided by three points or less. Austin Rehkow is a perfect eight-for-eight in those games. One miss in any of those games and the outcomes could have been very different.

But he doesn’t miss when it matters. Rehkow’s only miss this season was a 43-yard miss at Washington in garbage time.

He’s hit his other 12 attempts, including four from at least 40 yards.

Rehkow wasn’t always this polished, probably explaining the lack of recruiting interest he received coming out of Central Valley High School in the Spokane area.

Eastern Washington was the only other school to offer him a scholarship.

Rehkow only hit 4 of 13 attempts from 40 yards or longer in his freshman and sophomore campaigns. Idaho went 2-22 in those two seasons. In the two wins he went 7-for-7, accounting for 21 points as Idaho won those games by a combined 14 points.

One-possession games can be thought of as random, often coming down to luck.

I feel lucky knowing we have a great kicker who can get it done in clutch situations. Rehkow’s fourth and final kick at Monroe was the first game-winning kick at the end of a game since being at Idaho. There’s a decent chance that won’t be his last considering at least five of Idaho’s last six games are absolutely winnable, but will all probably be close.

Washington State, meanwhile, didn’t jump in to offer the younger Rehkow. They’re probably set. Sure, Erik Powell hasn’t made a field goal yet all season. The Cougs don’t need a kicker, though. They’ll win nine games this season without one.

Which is why it’s great they didn’t offer Austin. Idaho DOES need a kicker. Thank you, Mike Leach!!

To the numbers we go!

An obscene 73.3 percent of his punts are either downed inside the 20 or fair caught. The special teams S&P+ model says Rehkow’s punt success rate is just under 80 percent, although that has much to do with the coverage unit. That’s good for eighth in the country.

More advanced statistics for you ….

The S&P+ model projects a 57.7 percent chance for Idaho to go to a bowl game, a vast jump from last week’s projections. A win on the road in a game you weren’t necessarily supposed to win will do that.

Idaho needs to win three of those games. New Mexico State and Texas State are among the five worst teams in the country, the projections say. It sure would be nice if Idaho could beat those teams.

What could derail our chances this weekend and in the future?

The projections think Idaho is getting lucky. That might be the case. Idaho is well ahead of its expected pace in turnover margin. We are definitely getting lucky there.

Except Idaho has only scored nine points off the seven turnovers it’s come up with the last two weeks.

We still can’t finish drives. We rank 114th in the country in points per trip inside the 40. Monroe outdid us in that category last week, and probably should have won the football game if not for those turnovers.

The run game is why this team is failing offensively. Our only touchdown in the second half was when the offensive line stepped up and allowed Josh Herman to seal big running lanes for Denzal Brantley. It was capped with a Brantley touchdown run behind Herman.

We won because Trent Cowan sealed the running lane for Duckworth to scamper down the field to get us into field goal range.

We need more of that. Only 37.6 percent of our runs so far result in big play opportunities, which is the offensive line springing the back for five yards so he can create a big run.

Brantley’s opportunity rate is nearly 10 percent higher than Duckworth’s. While Duck is the hero of the night, it was Brantley’s run that set up Idaho’s only second-half touchdown and big 16-yard third-down scamper that resulted in another scoring opportunity. He is the most explosive back on the roster and Petrino has to give him more looks.

Fuck it, though. Our offense has been largely inconsistent and we’re still going to beat New Mexico State and having a winning record seven weeks into the season. We’re going to have a winning record in Sun Belt Conference play.

2 thoughts on “Offering our thanks to Mike Leach, Bronco Mendenhall”