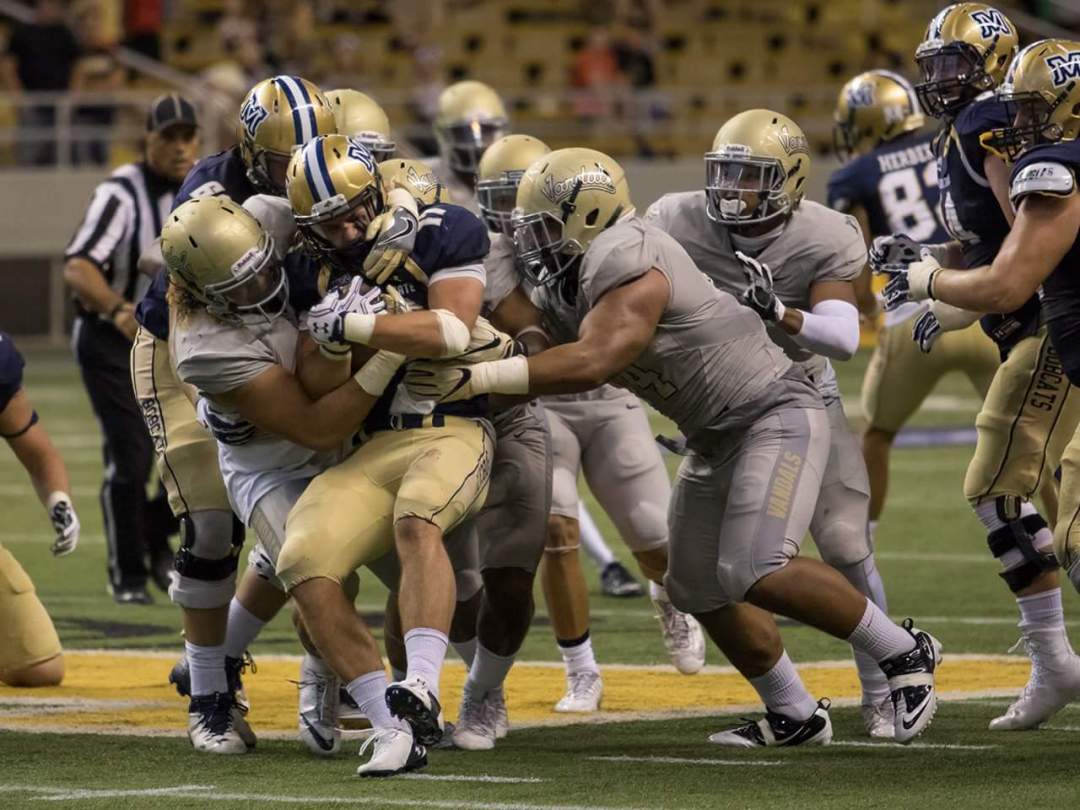 All of a sudden many of you don’t think Idaho is good enough to go to a bowl game.

Because, of course, as we’ve seen throughout well over a century of college football … Week one is a definitive indicator of how the rest of the season will play out.

You’re right. Week one is an indicator that you can get used to an Idaho football team that knows how to play to certain strengths and find ways to win football games.

I know you’re not used to this.

You’re fretting Matt Linehan having perhaps his worst game ever as Vandal quarterback, going 8 for 22 for 138 yards and an interception.

You’re fretting not scoring at all in the second half.

You’re fretting Idaho’s defense requiring the miscues of a rookie quarterback to hold on defense.

We won last season at Troy in a 19-16 effort when our defense was beyond atrocious. Thursday night we won a 20-17 effort with a defense which might be a little better than it was last year.

We didn’t get lucky, we ended up with a 3-2 record last season in one-possession games. That’s normal.

We’re now 1-0 in one possession games this season. That’s normal.

Linehan said after the game the foot he had offseason surgey on felt fine. He looked fantastic in training camp, the foot seemingly not giving him issues. But, problems throwing the football into the turf surely seems like a problem planting his feet and setting himself with throws.

On the real, he has multiple weeks to get this issue settled. If the next two weeks (at Washington, at Washington State) get out of hand then he won’t play very much in those games. His health is too important, and we’ll need to get Gunnar Amos and Mason Petrino much needed experience against the Husky and Cougar reserves.

Unless he has an ailment which is diagnosed to affect him for the entire season, Matt Linehan is never going to be that bad again this season. I can say this confidently. I can say this not just as a fan who is hoping this is the case. I’m saying this as a media member who has been around Linehan for every week of his development as a Vandal.

So chill out, bro. If Thursday is an indication that Idaho’s defense will even be moderately better than last season’s historically awful unit (which still notched Idaho four wins and a 3-5 Sun Belt record), then we’ll be just fine guys.

And here’s another reason to be optimistic: Aaron Duckworth rushed for over 100 yards?

Duckworth busted off a 43-yard touchdown run which ended up being the difference in the game and ended up with 112 yards. But even if you take away the 43-yard scamper he STILL averaged 5.3 yards per carry to add to Denzal Brantley’s 6.5 yards per carry. Oh yeah, and Linehan was smart enough to know how to use his legs when his arm failed him. The junior quarterback had 41 yards rushing.

Guys, I already went over Idaho’s run blocking successes last season. Read my blog. The Vandals have an experienced and talented offensive line which will continue to punish comparable mid-major foes in the run-blocking game. It’s why we were able to grind out the game in the second half and control the tempo.

I mean, I know I was drunk and all, but at no point in the second half of that game did I ever feel like we were actually going to blow it. That feeling was foreign and I don’t know why I felt that way.

There’d be points in the last few years where Idaho had multiple touchdown leads and I was already thinking of leads for a losing game story. It was a useful exercise because Idaho would always end up losing those games.

This is a new era. Not every game will go our way, but Thursday night showed me this football team knows how to grind out a win. It’s going to be ugly a lot, so get used to it.

Also get used to winning.