Tubs at the Club is still in its infancy and I’ve already suckered somebody into writing something for me.

Meet Korbin McDonald. Korbin was my successor at Vandal Nation, the student-run Idaho sports blog I managed from 2012-14. Korbin was great. He was better than me, honestly. He only has one – majorly annoying – flaw.

Korbin loves him some Washington State football. I asked him to write about his dilemma as the school he attended faces off against the school he was literally raised to love.

Well, this is awkward 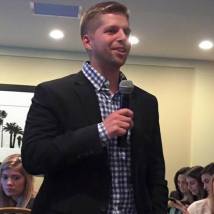 Fandom can be a fickle beast. Not for me, though. I’m as loyal as they come —especially when it comes to my favorite teams.

Sunshine, rain or snow, I’ve endured it all to watch my Cougs play. It didn’t matter what the score was, I never left until the final whistle blew and the clock hit zero. 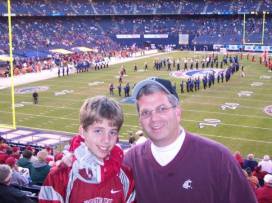 A few years of community college happened, and I was ready to apply to Washington State and fulfill my lifelong dream of attending the school so many of my family members did.

However, life happened and plans changed.

A few years ago, my father, the man responsible for me becoming such a big Coug fan, had an interview for a job at the University of Idaho. One of the perks of him getting the job was his children could attend the school and receive half off tuition.

He got the job.

You’d think my decision would be hard — go to my dream school or go to a University for half price.

I’m not an idiot. I chose Idaho.

To this day, it was the best decision I have ever made.

The University of Idaho changed my life.

From the Journalism and Mass Media department to the Argonaut, my experience at Idaho was nothing but positive. I had opportunities I don’t think I could have gotten anywhere else — even at WSU. I got to cover golf (my favorite sport), and the two money sports football and men’s basketball. I ran the sport’s website TheVandalNation.com, and even won a national award for it.

(Ed note: We beat out Harvard for the national award).

So when it comes to my rooting interest for this weekend’s “Battle of the Palouse,” you’d think I’d go with the school that changed my life, right? ….